SCPA makes a $33 billion annual economic impact in the Upstate

GREER, SC — OCT. 28, 2019 — South Carolina Ports Authority’s reach goes well beyond the Port of Charleston with more than half of its economic impact happening in the Upstate.

S.C. Ports Authority (SCPA) makes a $33 billion annual economic impact in the Upstate and creates 117,000 jobs in the region, according to a new Economic Impact Study from the University of South Carolina’s Darla Moore School of Business.

This means that 52% of the statewide economic impact associated with S.C. Ports is concentrated within the Upstate, said Joey Von Nessen, research economist at the University of South Carolina and the study author.

“S.C. Ports Authority has further established itself as one of our state’s premier economic drivers, creating 1 in 10 jobs and a $63.4 billion annual economic impact on South Carolina,” Gov. Henry McMaster said.

Port and port-related jobs pay an average of $57,000, roughly 32% higher than the state’s average income. Port operations and all associated activities correspond to $6.6 billion in wages and salaries for Upstate residents that would otherwise not exist, the study found.

“Over the past 10 years as CEO, I have seen the Port grow significantly, which creates a positive impact on our state’s economy and on South Carolinians,” SCPA President and CEO Jim Newsome said. “The Port generates revenue, creates great jobs and helps companies expand in South Carolina.”

S.C. Ports moves record cargo volumes at oceanside terminals, as well as at two rail-served inland ports in the Upstate and the Pee Dee.

The inland terminal also creates jobs in Greer, attracts companies to locate and expand in the Upstate, and brings more cargo to S.C. Ports.

“BMW Manufacturing’s success as the country’s largest automotive exporter by value would not be possible without the strong relationship we have with the South Carolina Ports Authority,” said Knudt Flor, president and CEO of BMW Manufacturing. “During our 25 years of production, S.C. Ports has consistently run efficient operations, enabling BMW to export 70% of our South Carolina-made vehicles to more than 125 countries around the world. They have also found creative ways to move our vehicles to customers faster, including overnight rail service from Inland Port Greer to the Port of Charleston. We look forward to continued growth for both BMW and S.C. Ports as we connect customers to BMW and create jobs for South Carolinians.”

S.C. Ports plans to further grow and diversify its cargo base, in part by supporting economic development and furthering growth at the state’s inland ports.

“S.C. Ports ensures S.C.-based companies can reliably move cargo to customers around the world and quickly receive materials needed to operate their businesses,” said S.C. Rep. Bill Sandifer, vice chairman of the Review and Oversight Commission of S.C. Ports Authority. “The Port’s continued investment in infrastructure and operations will bring even more economic prosperity to South Carolina, and the Upstate will undoubtedly benefit from this growth.” 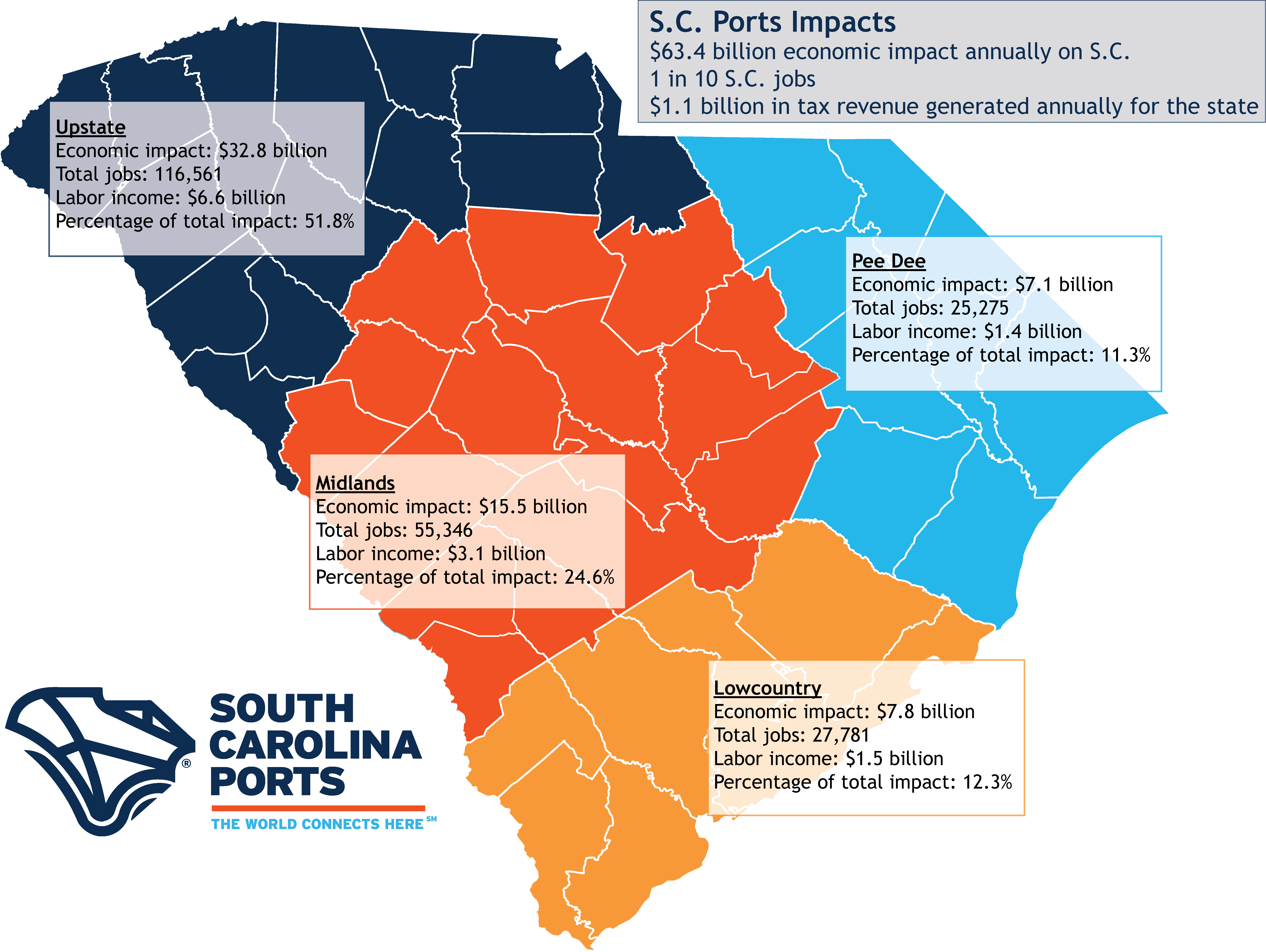